How are trails selected for Google Earth

For technical reasons and product evolution after 11 years of exceptional collaboration, Google and Wikiloc have decided by mutual agreement to end their collaboration for which trails from Wikiloc were featured and visible in Google Earth Pro's Layer panel. We may enter a new agreement in the future but after July 22, 2019, your contents will no longer appear on Google platforms. Your contents are safe in Wikiloc and nothing else changes. You can still export a KML version of a public trail in Wikiloc and visualize it in 3D in Google Earth.

The exact method for determining if a trail is selected for Google Earth is a carefully guarded secret by Wikiloc (in order to prevent abuse and artificially tweaking trails).

It's a combination of a minimum  TrailRank, whether the trail is in an area with few other trails, favorited by other users and also the level of activity of its author among other factors.
In general, to get your trails selected for Google Earth, the same recommendations apply as to increase the  TrailRank of your trails.

When you edit one of your trails, it is automatically re-considered to be featured on Google Earth. If your trails are selected, you'll get an email stating so.

The routes you upload to wikiloc.com can take up to a week before appearing   Google Earth. You can download Google Earth  .

You can read the  post on the official Google blog. 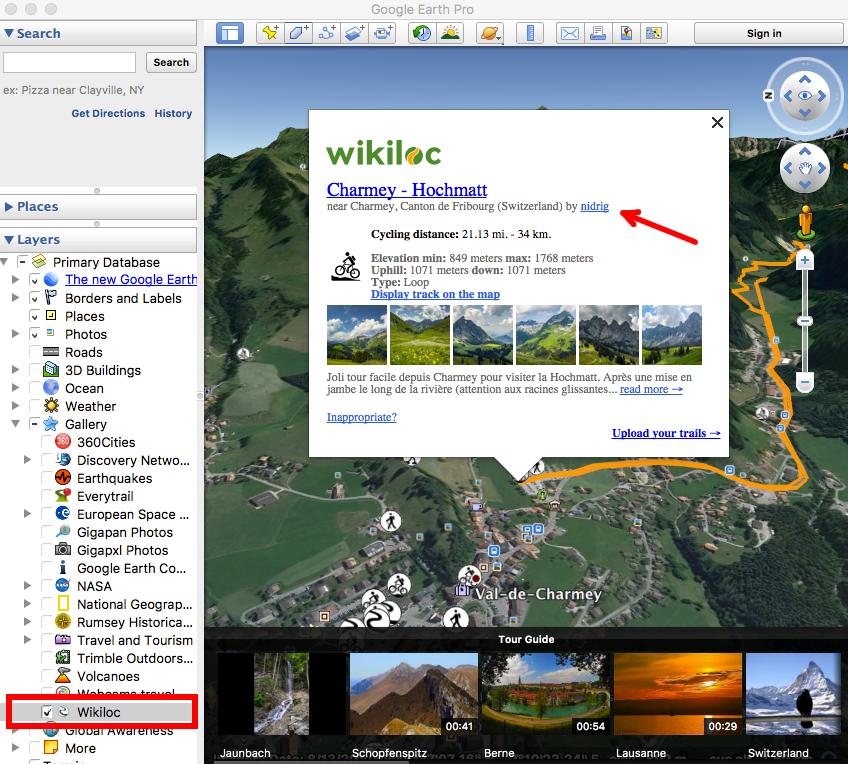